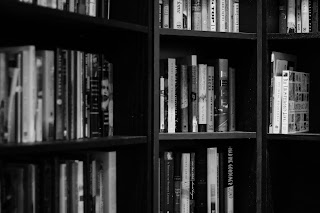 I'm proud to have a poem published in this fabulous anthology edited by Marie C. Lecrivain (poeticdiversity: the litzine of Los Angeles). After Rubicon: Words and Art Inspired by Oscar Wilde's De Profundis (Sybaritic Press, 2015), in which I already had two poems published ("The Last Supper" and "An Accomodation of a Sort"), this amazing editrix comes back with another anthology: Gondal Heights: A Brontë Tribute Anthology, full of awesome work. Available from Amazon

Gondal Heights contains poems, short stories, essays, and works of art inspired by the Brontës, all of which are highly engaging and personal. Whether it’s Heather Schubert’s beautiful cover art, Sarah Maclay’s gorgeous prose poem “Field of Thorns”, or Angel Uriel Perales’ moving tribute, “Branwell Brontë’s Fevre Dream Decorum”, every piece is inspired by the Brontës, either from their lives, or from their work, which, after two centuries, still influences global culture, and other art forms.

The Loss followed by GMO Reissued 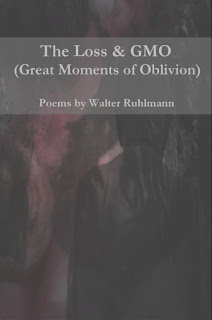 Walter Ruhlmann is a poet who writes with wit and intelligence. His poetry is vivid and accessible full of sharp bright images that invite you into his world and then takes you down roads that trick, amuse and surprise. Jim BENNETT, poet, editor of The Poetry Kit

Walter Ruhlmann is a poet of intersecting universes, a connoisseur and composer of watchful nights, a procreator and juggler of sensual and philosophical discoveries. The gravitational field of his poetry unfolds like the appeal of an ocean echoing the voices of never ceasing questions and restless doubts. His multi-faceted, simultaneously classical and avant-garde oeuvre is a constant impelling force to dedicate our lives to perfecting our perceptive and transcendental worlds while incorporating the tangible, bodily realms as well in order to become the carnal apotheosis of millenary poetical quests.
Károly Sándor PALLAI poet, editor of Vents alizés


Disgust took us last Saturday
its vivid veil falling on us
and covering our lives,
the breaths we were given,
voluntarily or not.

Disgust is like the fog
invading the greenish moors around us
rocks and ghost trees, grey gloomy ghouls
guarding those implacable marshes.

The smell of it is like petrol
invading the nostrils of
this nine-year-old child
at the back of the car
sucking on the temples of
those sun glasses made of plastic.
The filling of the tank
exploding in his nose.

It can also be like the acrid odour
of puke
when six or seven years later
he entered the dark corridor
of lust.

Disgust is shaped like some misshaped
mass in motion.
Monitoring our senses
and our existences.
Posted by Datura at 08:22 No comments: 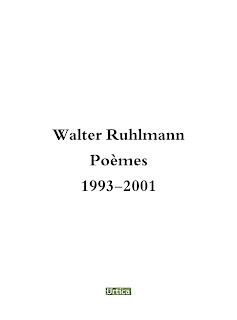 Fandango is Out Today 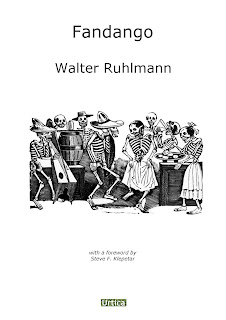 FANDANGO by Walter Ruhlmann is out today through Urtica Press. With a foreword by Steve Klepetar

To disconnect oneself,
to unwire from all the mass movements,
hysterical people made more hysterical
by the atrocities, the blood-filled images
spilling over from the boxes, the overloaded screens.

To enter blunt dumbness,
no matter what happens.
To unplug from the sound, the noise rather;
razor-like screams of children being torn apart,
women raped and men beheaded
by pigs whose silvery, sharp teeth penetrate
the human mind, the fandango.

To switch off the wide eye,
any blinking eyes blinded by purple lids,
liquid hums, snow flakes melting
on the carpet stained with tea,
semen maybe, an orgasmic mayhem.

To cherish these moments:
sofa crouching,
bed burrowing,
cat purring on the laps,
laptop off, folded back to its lair.

To forget existence, others' work or worries,
only mooning over the Earth,
the large crust ball formed then deformed,
through the geological epochs.

To feel the blows of a comet,
another gamma ray outburst,
the billion miles, the trillion stars
out of reach, under this bruised skin,
concealed deep in these tar-coated lungs.

Walter Ruhlmann works as an English teacher, edits the print journal Datura, and the blogs Urtica and Beakful. His latest collections are Crossing Puddles (Robocup Press, 2015), Civilisé (Urtica, 2017), and Fandango (Urtica 2018).
He blogs at http://thenightorchid.blogspot.fr
& http://nightorchidsselectedpoems.blogspot.fr